This was my favorite (and funniest) interview of 2017. I've NEVER been asked about 'comic cock' before, and don't think I ever will be again.

*its the outtake in the last 10 seconds of the video* ,,,big props to Mike EL and the folks for adding this moment to the end ! 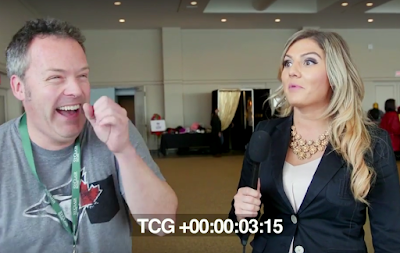 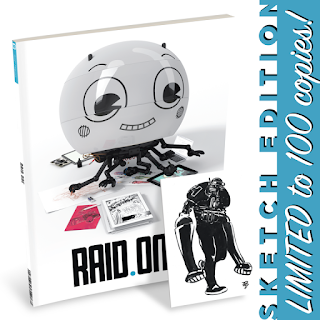 I'll be throwing a few sketches into the RAID ONE Anthology for those interested in original art from any of us at the RAID Studio.   This is available at the Raid Website!

Details are as follows:

Just in time for the holidays we have the RAID.ONE Sketch Edition! Limited to 100 copies, each edition is signed by all the contributing creators of the anthology and also features an 9″ x 12″ bristol ‘tip in’ plate showcasing an original piece of artwork suitable for framing. Each ‘tip-in’ is an original piece of artwork by either Kalman Andrasofszky, Scott Hepburn, Ian Herring, Irma Kniivila, Nimit Malavia, Francis Manapul, Ramon Perez, Gibson Quarter, Gabe Sapienza, Marcus To, Eric Vedder, Joe Vriens, Tri Vuong, or Tonci Zonjic.

As a BONUS a purchase of the RAID.ONE Sketch Edition also enters you in the GOLDEN TICKET draw for 1 of 4 RAID holiday swag bags, giving each individual a 1 in 25 winning chance! Along with the original purchase each of the 4 winners will receive a box cotnaining a variety of 7 signed RAID books, including but not limited to, Tale Of Sand, Jane, Joyride, The Flash Omnibus, The Organ Grinder, Cyborg 009, Conan Omnibus, Hawkeye TPB, Nova: Resurrection TPB, Spider-Man Learning to Crawl TPD, NIghtwing TPB, plus a variety of comic books, prints and stickers, AND if that wasn’t enough, each box will also contain an original page of art from a published Marvel, DC, Dark Horse, IDW, or BOOM book! All Golden Ticket swag shipped for FREE!
SALES OF THE SKETCH EDITION CLOSE DECEMBER 15, AND ON THE 18th A LIVE DRAW WILL BE HELD ON @THERAIDSTUDIO INSTAGRAM ACCOUNT FOR THE 4 GOLDEN TICKET SWAG BAGS!

Posted by Gibson Quarter at 2:46 PM No comments: Links to this post

The good folks at Dead Canary Comics  were kind enough to have me back to do some pages on their new book: Adventures in science, set to be released in early November 2017!

The 'official' word on this project is as follows: 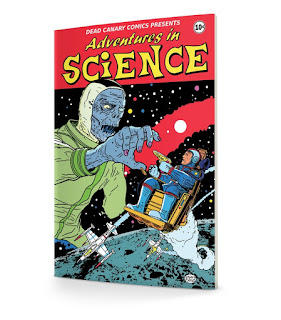 ADVENTURES IN SCIENCE! is a neon-soaked, darkly comic, technicolor graphic anthology daring to tell the fates of imagined futures!
Dead Canary Comics have assembled a crack team of artistic architects to build worlds beyond imagining! These pioneering pencil prodigals have bled blood to bring you nightmare visions of a futuristic prison system, the next stage in warfare, the humdrum life of a single-women, and everything in between!
Each story is a self-contained 'what if', a pulpy adventuristic delight of scientific dreaming, a sideways glance at "what could be". Some stories are funny, some are serious, some are deep... all are guaranteed to entertain
These tales have been lovingly curated and compiled to make a fantastical, mind-blowing graphic novel by the team that brought you The Fitzroy Comic, Reddin, Last Driver and The Frogman Trilogy.

Matt Fitch wrote the story I drew, and here is a sneak peek:

Head on over to the Dead Canary Comics website to grab a copy! 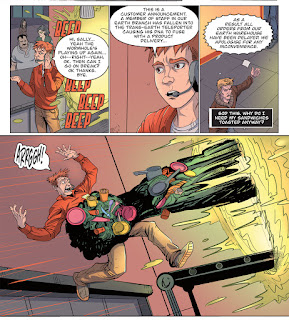 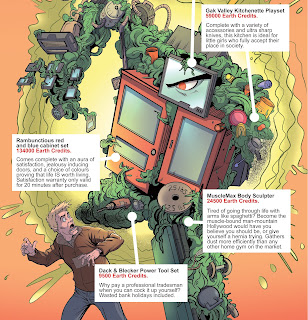 Posted by Gibson Quarter at 1:24 PM No comments: Links to this post

Here is one of the most in depth interviews I've done in a long time. If you want to hear me talk about, RAID studio, Frank Quitely, beers and X-men, Undertow and many other topics...check this out!

Today Aaron Broverman talks with comic artist Gibson Quarter of R.A.I.D. Studio. The co-creator of The Organ Grinder is a Belleville, Ontario native, and his deepest regret is selling all his early X-Men comics... for beer money 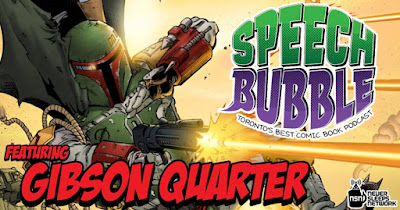 Posted by Gibson Quarter at 5:32 PM No comments: Links to this post

RAID: ONE out now!

This weekend I'll be attending FanExpo in Toronto for the launch of the RAID: ONE Anthology.

I'm thrilled to have done some pages in this book, along with the other amazing artists (and studio mates!) here at The Raid Studio.

The story I drew was written by Anthony Falcone, and inked up by Ramon Perez! 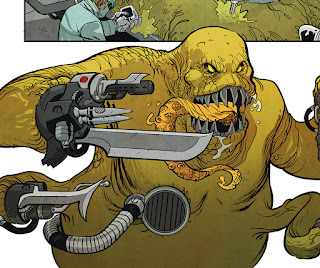 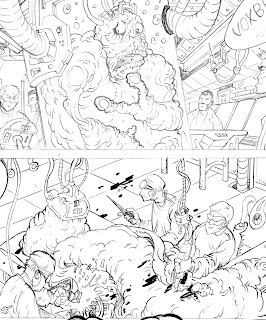 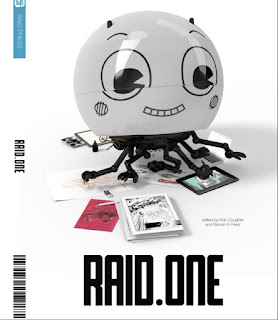 If you can make the show, you can always grab a copy at the RAID online shop.
Posted by Gibson Quarter at 6:23 AM No comments: Links to this post 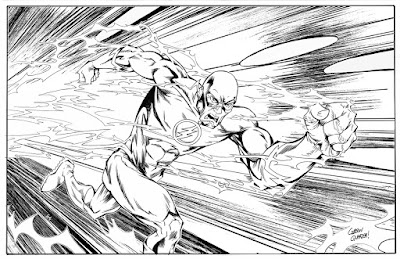 Posted by Gibson Quarter at 11:32 AM No comments: Links to this post

I've done another cover for the Canadian hero Auroraman, and it's set to be released in and around Saskatchewan in the next week. This comic is to promote the Humboldt Summer Sizzler Comic Con sponsored by the City of Humboldt!

I'll be doing some Auroraman interior work and more covers in the future, and will be sure to share that info here when its set to be released.

The Gillan designs and interiors are done by my pal, and former 'Ty Templeton Comic Book Bootcamp' Alumnus- Chris Yao! 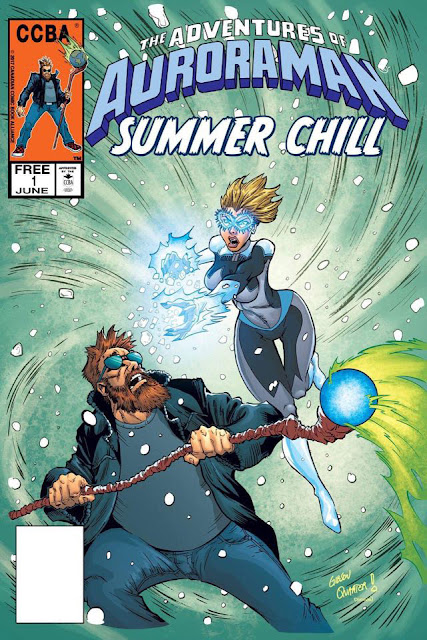 Posted by Gibson Quarter at 5:50 PM No comments: Links to this post

Spaceknights are supercool...here is my take on IDW's version of the character. 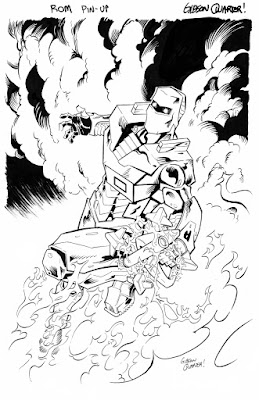 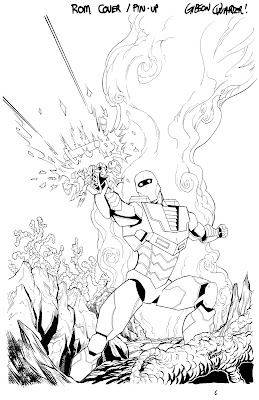 Posted by Gibson Quarter at 6:32 PM No comments: Links to this post

This year for FCBD I'm appearing at Gotham Central Comics and collectibles in Mississauaga.


Come by if you can make it...free comics, sketching and signing is what you can expect! 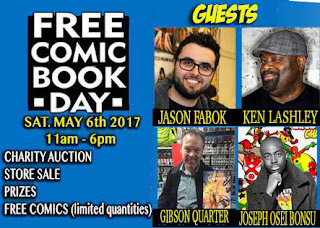 Posted by Gibson Quarter at 1:36 PM No comments: Links to this post

I'll be at the Calgary Expo again this year, in artist alley spot BMO G07

I'm also happy to be included in the 2017 art book, to support a worthy charity!

The show has asked artists to hold off on showing the entire image until the weekend of the show...but I'll be sure to put it on on my  instagram ( Gibson_Quarter ) the weekend the show starts in Calgary.

My original art will be donated and available for purchase in the auction at the end of the show! 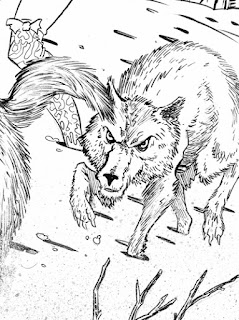 Emerald City Comic Con was a blast, and the launch of the new trade went very well!

Time now to list the next few shows that I'll be at this spring/early summer:

Hope to see some of you in person at these shows.

Posted by Gibson Quarter at 3:15 PM No comments: Links to this post 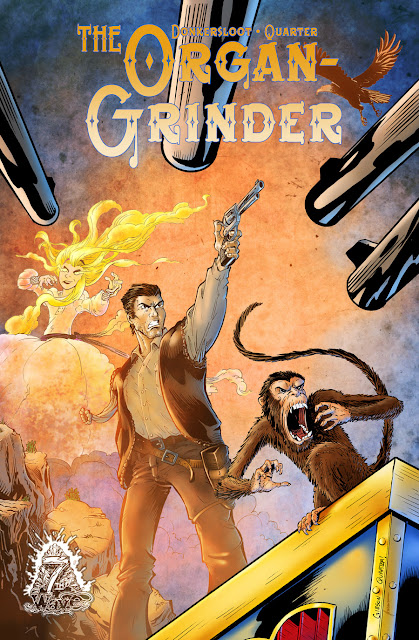 This is super exciting for me, as its the first time that over 100 pages of my artwork will be available in the same book!

The book collects the Luke Donkersloot written Organ Grinder pages that appeared in the Undertow issues #1-6, plus all the covers and pin ups that have been published. Its kinda like an Omnibus edition for all things 'OG'! (and it also includes a NEW 16 page story with inks by Pat Davidson!)

The book will be available online after ECCC and I'll have copies available at my artist alley spot at shows I'm attending later this year. (Calgary Expo, Fan Expo, etc)

I'm also attending the Emerald City Comic Con for the launch, signing and sketching (defacing?) copies of the Book.  Come by the 7th Wave Comic's booth and say hello! 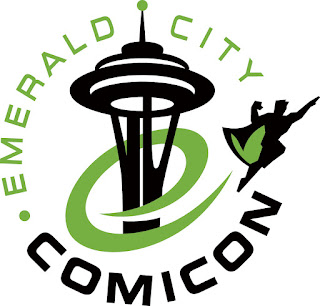 Posted by Gibson Quarter at 6:12 PM No comments: Links to this post

Here is the cover for the upcoming issue #1 and some details on "Saskatchewan's newest superhero" - Auroraman!

From the publisher's update on FB:


Well here we go as promised...the finished colours to the cover of issue #1! Art by Gibson Quarter and colours and layout by Donovan Yaciuk! These guys did an amazing job with this piece! There will be some minor adjustments to the layout/format but more or less this is it!! Remember this will be 64 pages and the kickstarter for it and the Axiom-man and Auroraman: Frozen Storm novel launches March 22nd! 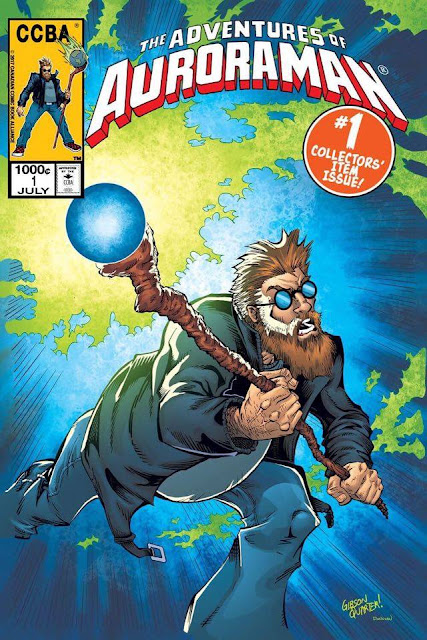 Posted by Gibson Quarter at 1:44 PM No comments: Links to this post

One  new comic that published this year -Undertow #6!

Sadly, my Captain Canuck didn't publish yet, but stay tuned for release details. I also have another comic
ready, but its still 'in the can' so to speak.

3 new prints, ( Spidey Gwen, Boba Fett, and the TMNT) and many commissions produced this year.


A big THANK YOU to all those who have helped and supported again...you all know who you are!! 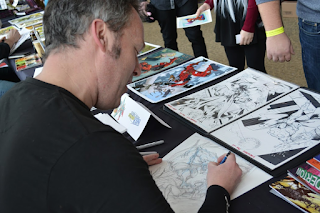